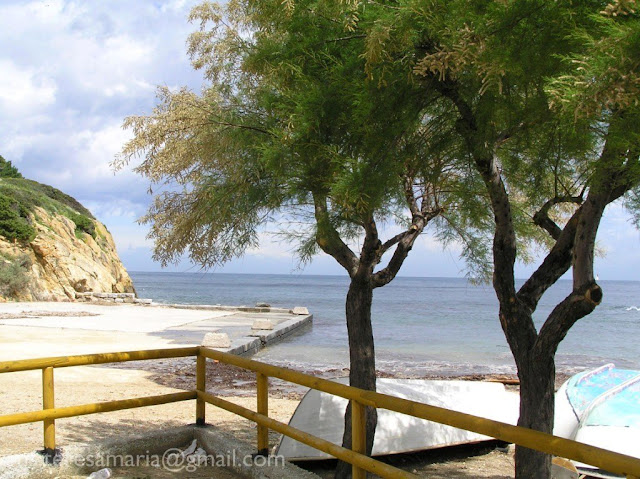 Now that most of the photos are safe after all, I thought I might as well post a few lines and some more shots on the island of Elba. I’ve been suffering from flu and seem to be out of ideas other than relief over the recovered files. 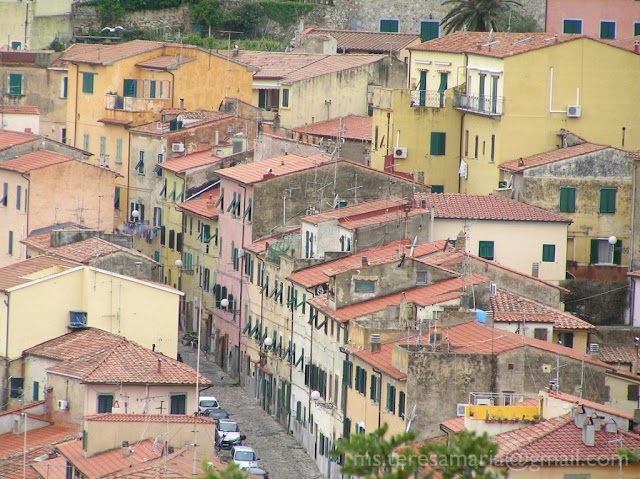 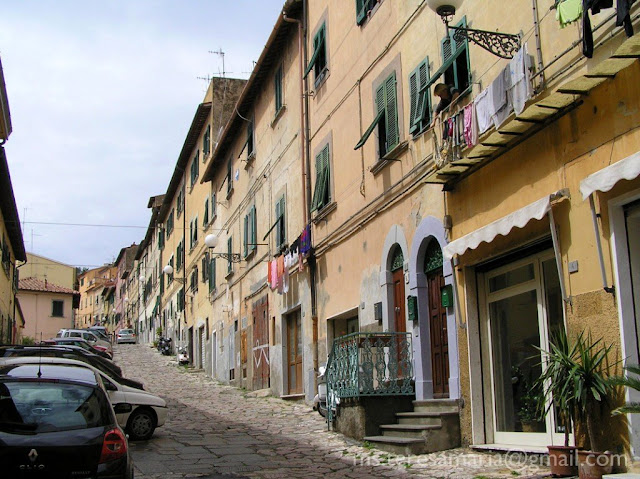 For sure, any Mediterranean country all the way from Spain to Turkey possesses loads of wonderful places to recommend for a memorable holiday. However, if you are an outdoor person or a family looking for a compact-sized resort with plenty of things to do Elba is a perfect choice. I dare say, even if you aren’t the sporty type you will be so charmed with the many alternatives the hills and seaside offer that you will vow to return one day to spend a very active holiday there. I know what I’m talking about: it happened to me, of all people! 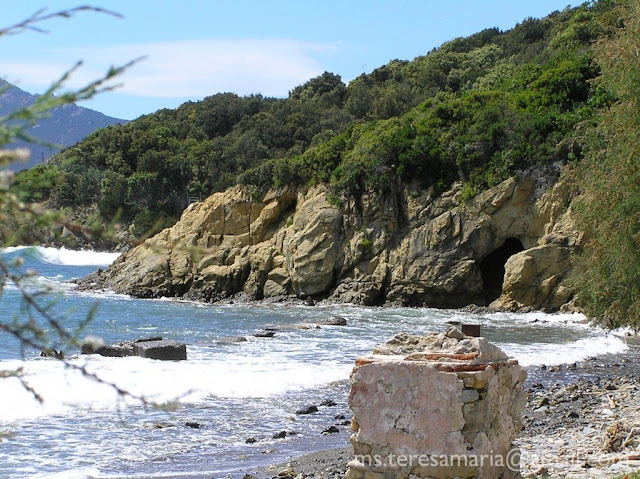 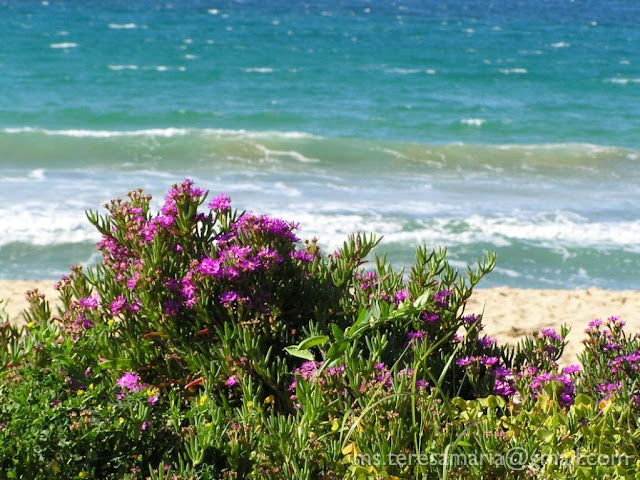 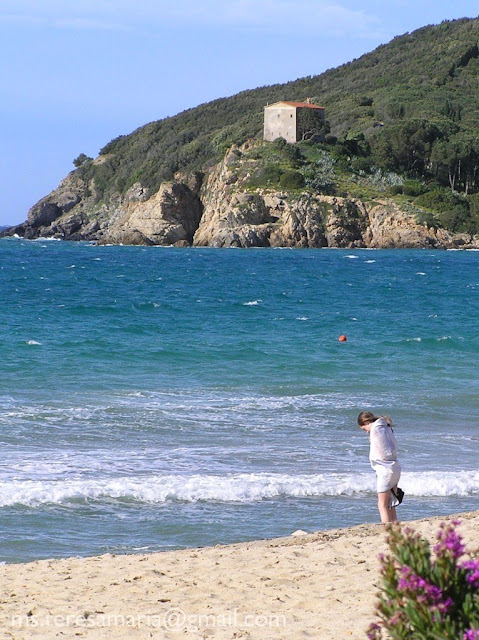 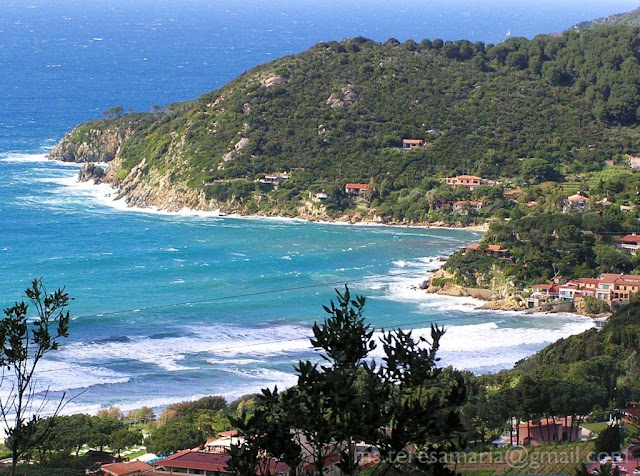 Elba is situated 9 km from the mainland town of Piombino off the Italian coast in the Tuscan province of Livorno.  The island is less than 30 km x 20 km in size, yet its highest peak exceeds 1000 metres. It has eight municipalities with a total population of some 30,000 and a coastline of about 120 km with numerous beaches and coves many of which are simply spectacular. The island is part of the Tuscan Archipelago National Park, with very good reason. We visited Elba in the spring and found the landscapes and nature a real pleasure to your senses. 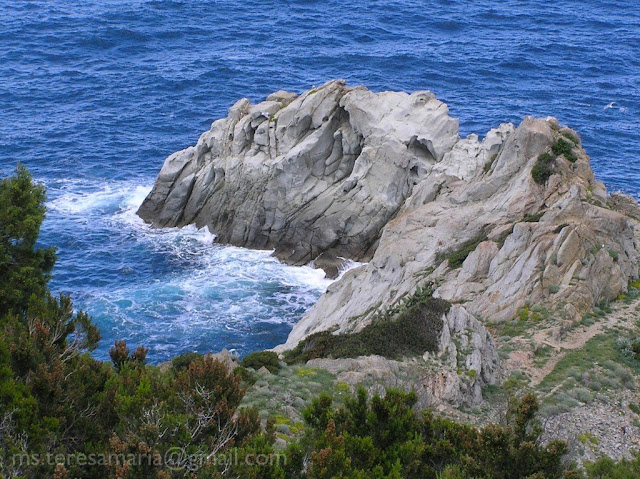 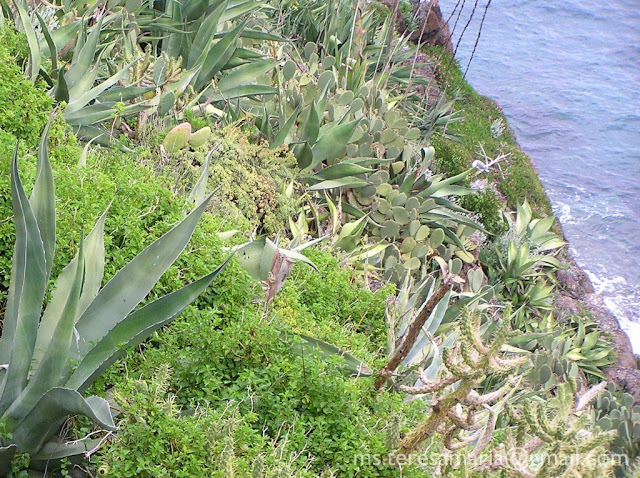 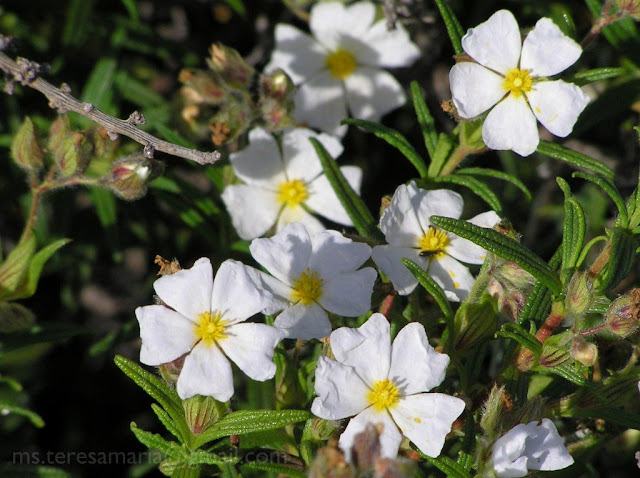 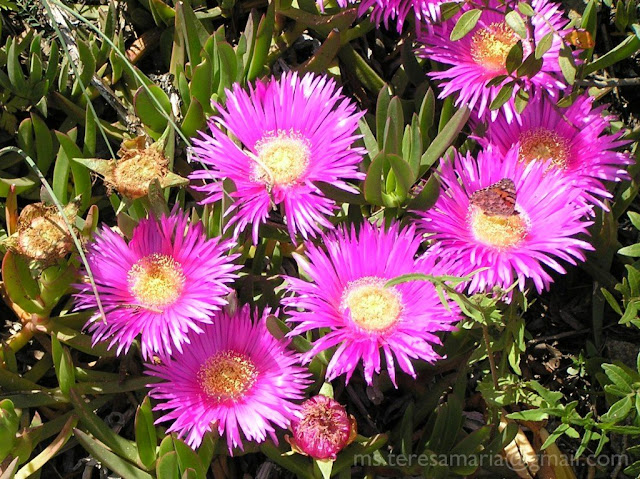 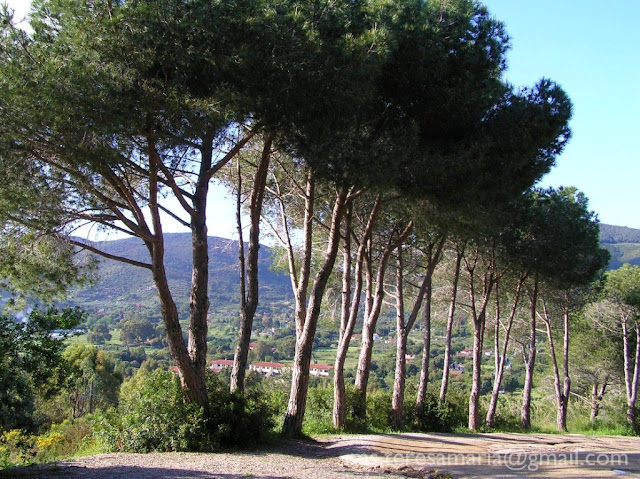 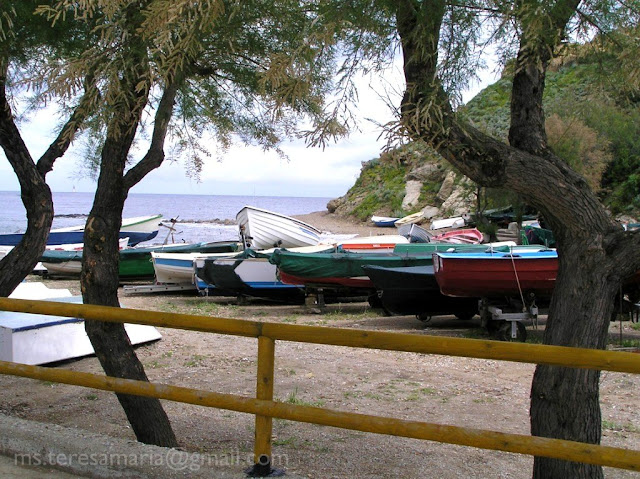 Naturally, the island is ideal for all kinds of water sports from canoeing to scuba diving. What’s more, there are lots of paths and gravelled roads winding up and down the hillsides with aromatic shrubbery and magnificent sea views. These trails seem to be whispering in your ear: come take a walk, how about hiking, ever tried mountain biking? We were lured to venture on a couple of paths and were thrilled with the scenery, regretting we only had a simple compact camera and couldn’t stay but a few days on Elba. 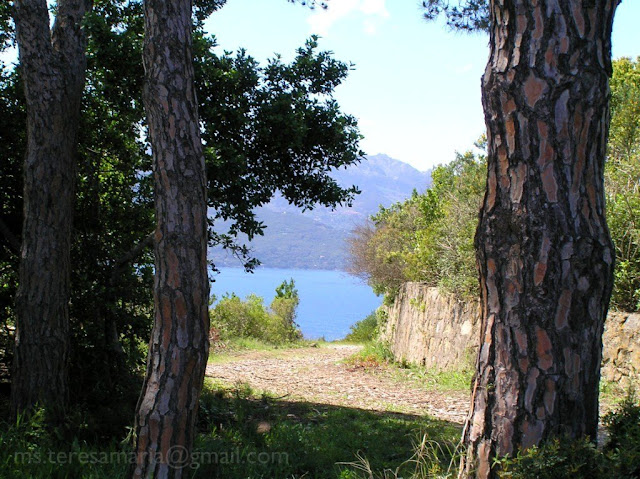 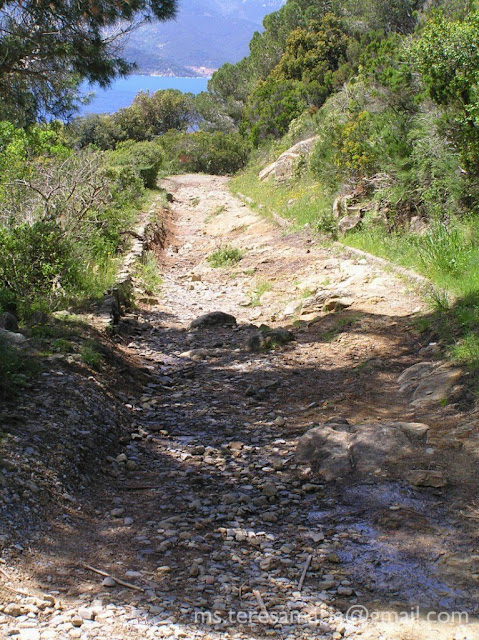 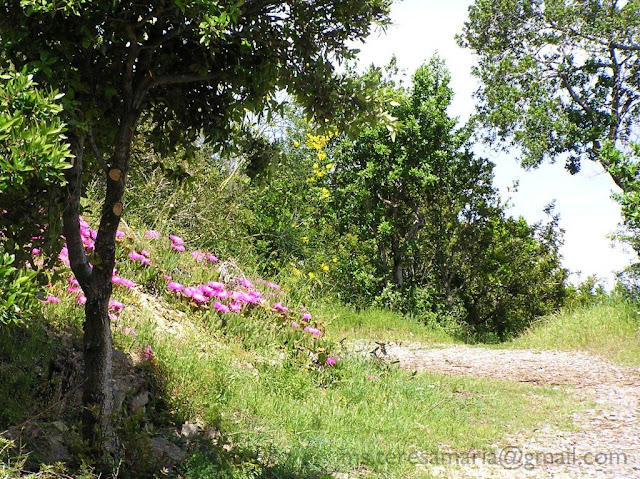 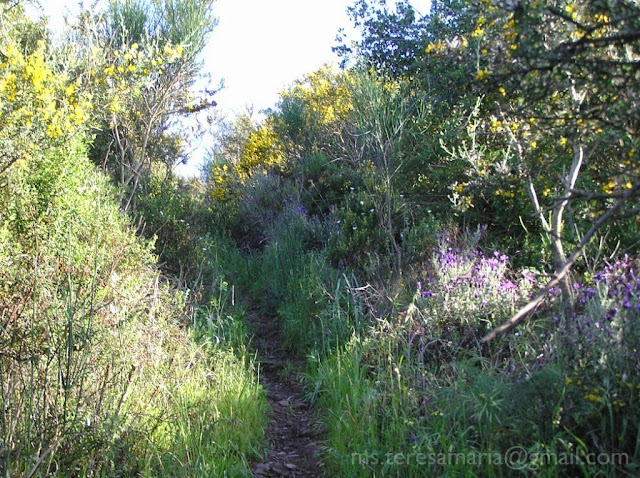 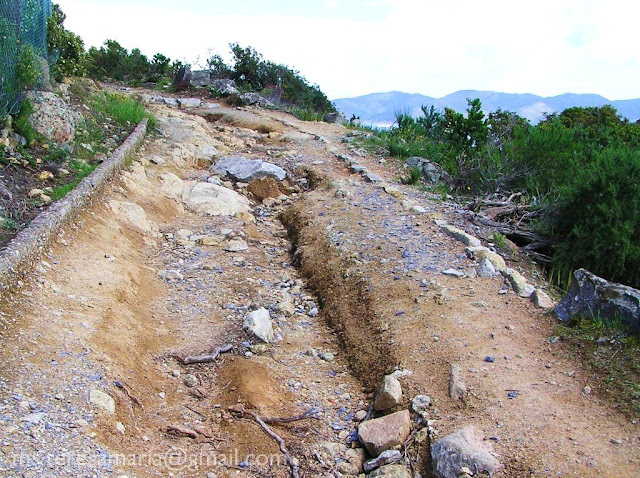 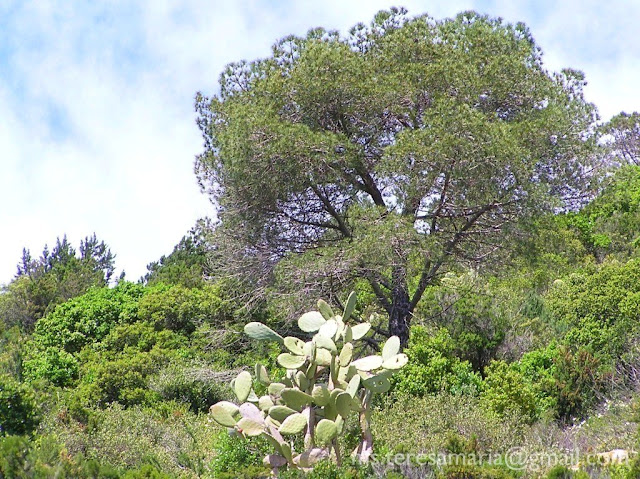 Even though we explored the island and its lovely old towns moving around by car our time was far too short to experience everything we would have wanted to. So we made a solemn promise to return one spring or autumn – Elba will be too crowded and too hot for us in the summertime – to take some longer walks, perhaps even do some proper hiking. You never know, in an inviting environment like that miracles might happen. 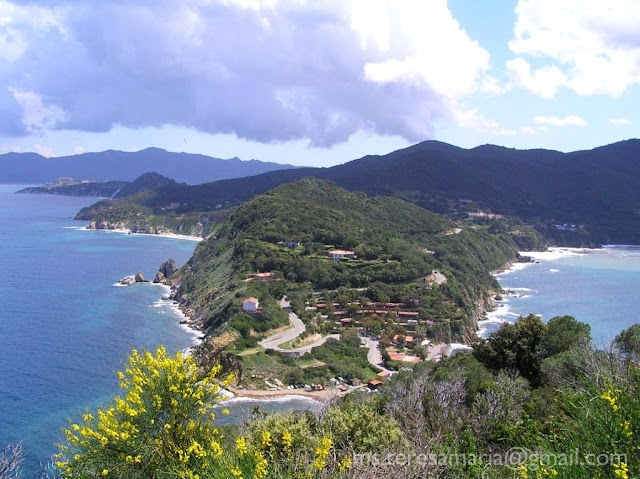 If you do not care about historical details, now is the time to start scrolling down to have a look at the rest of the photos because I’m getting carried away. (Who would have guessed 20 or even 10 years ago...)

As is the case with so many Mediterranean places, domination of Elba has been moving violently from hand to hand over the centuries. Plenty of remains from ancient cultures have been found on the island, some dating back to 2000 BC.

Elba is said to have been originally inhabited by a Ligurian tribe. When the island’s iron resources became widely known, it started to attract invaders such as Etruscans, Greeks and Carthaginians and of course Romans, who also began to exploit the granite abundant on the island. Then came the ‘Barbarians’ and Saracens. Later it belonged at least to Pisa, Genoa, the Appiani family of Piombino, Milan, the Appianis again and Spain. 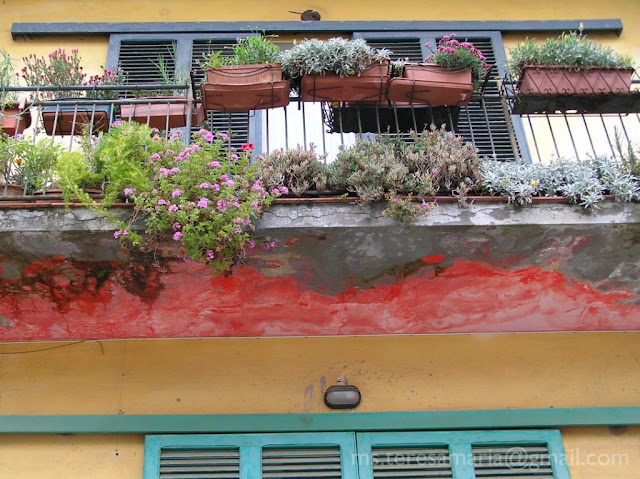 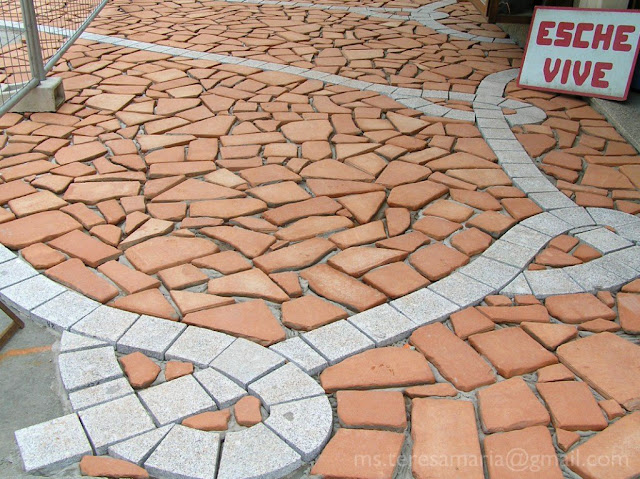 In the middle of the 16th century, part of Elba was handed over to the Grand Duke of Tuscany, Cosimo I de’ Medici, who needed to protect his state from the sea and built two new fortresses in the destroyed Ferraia or Cosmopoli as he renamed it (the present Portoferraio). By the way, this was the same Florentine Grand Duke who built, among others, the ‘Uffizi’ that now houses one of the world’s most important art collections in Florence and whose equestrian statue still stands on the Piazza della Signoria in Florence.

Rest of the photos from Portoferraio: 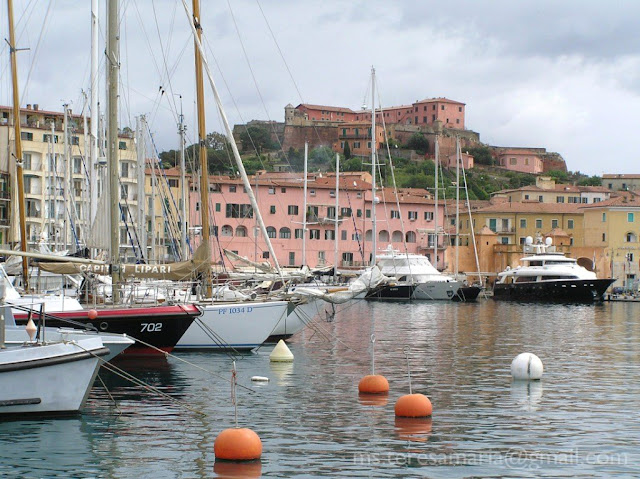 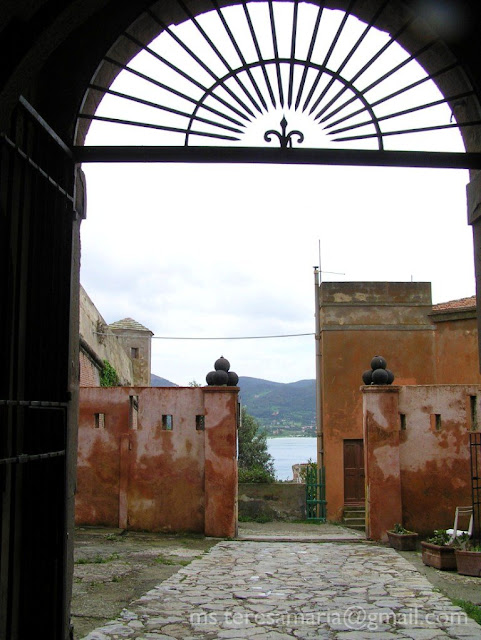 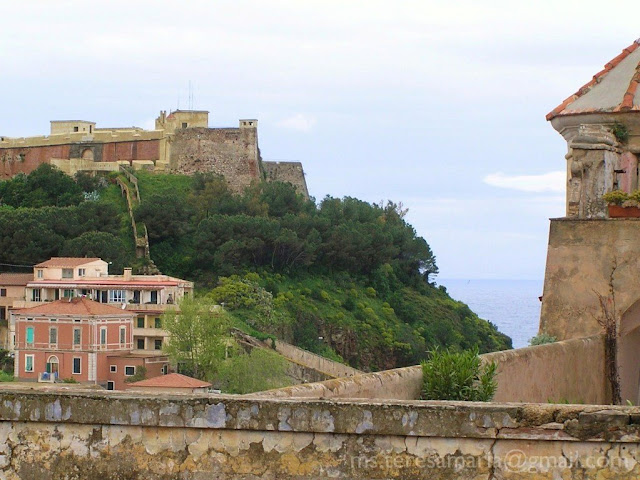 But Elba’s invasions didn’t stop there. The Spanish, French and English came. At one point the island was divided between Spain, Tuscany and the Piombino Appianis. In 1802, Elba went to France, then again to Tuscany and finally to Italy when the nation was united in 1861.

Despite all the masters that ruled Elba over the centuries, it was only Napoléon Bonaparte’s exile that truly brought the island onto the world map. Napoleon arrived at Portoferraio in May 1814 as the Governor of Elba – with a personal guard of 600 men. In less than 10 months he would escape with his troops to wage his final 100-day war until the defeat in Waterloo. 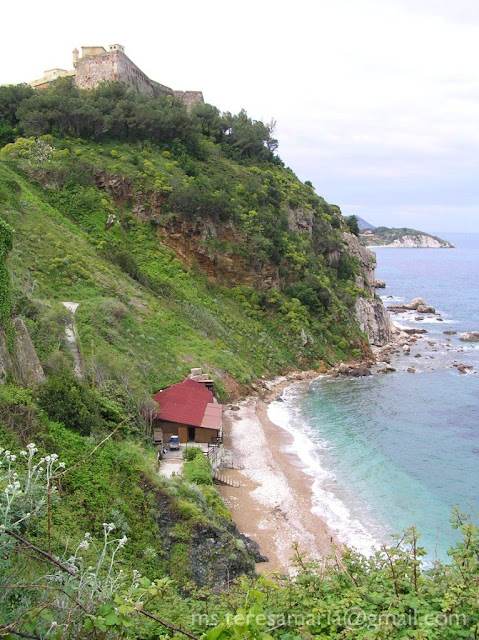 Nevertheless, during those few months on Elba Napoleon carried out an impressive number of important infrastructural and social improvements: built roads, improved the sanitary system, restructured the mining industry and agriculture, etc. No wonder Elba’s flag still contains the three Napoleonic bees. No wonder they still hold a mass for his soul in Portoferraio every May. If there ever was a man who couldn’t stay without an occupation for a moment it must have been Napoleon. You can’t imagine a more tormenting final punishment for him than to stay idle on the secluded island of St Helena. 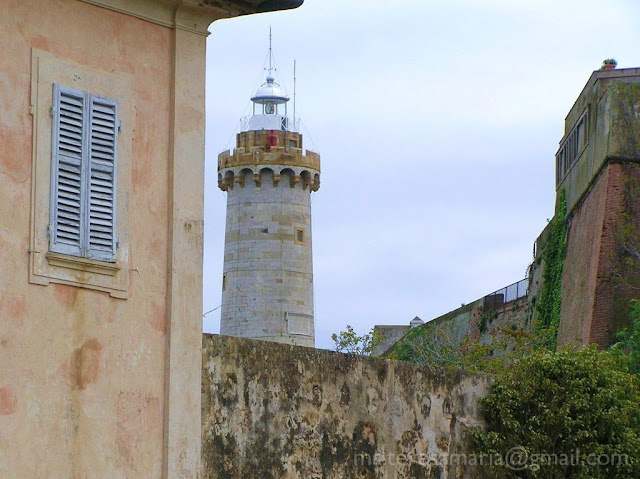 Napoleon had a lovely residence Villa dei Mulini by the sea between the two strongholds in Portoferraio and a private house Villa di San Martino 5 km inland with a magnificent view down to the town. Both of these buildings are now open to public as museums. The latter was being renovated when we visited Elba. It’s been three years now. I must remind him about our promise to return. We would certainly be in need of some physical exercise. Well, let’s face it: I am. 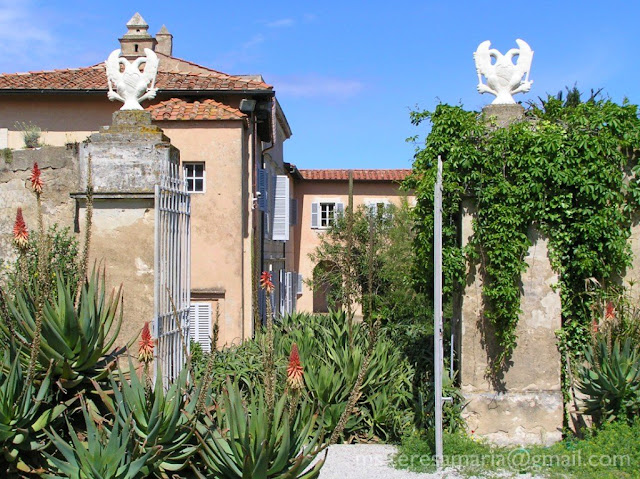 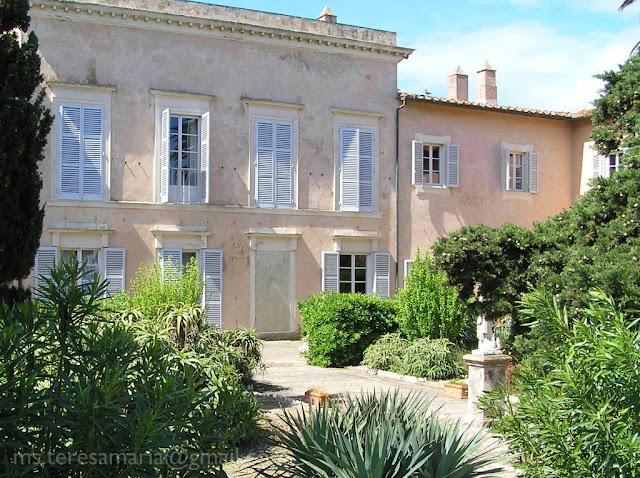 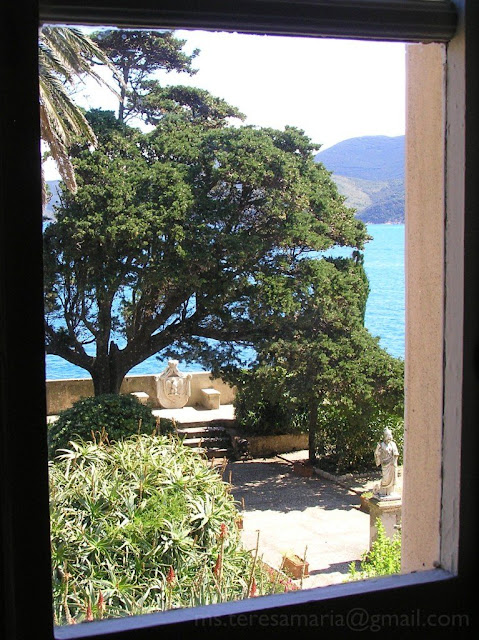 Please respect my copyright and do not use any photos or other content of this blog without my permission.